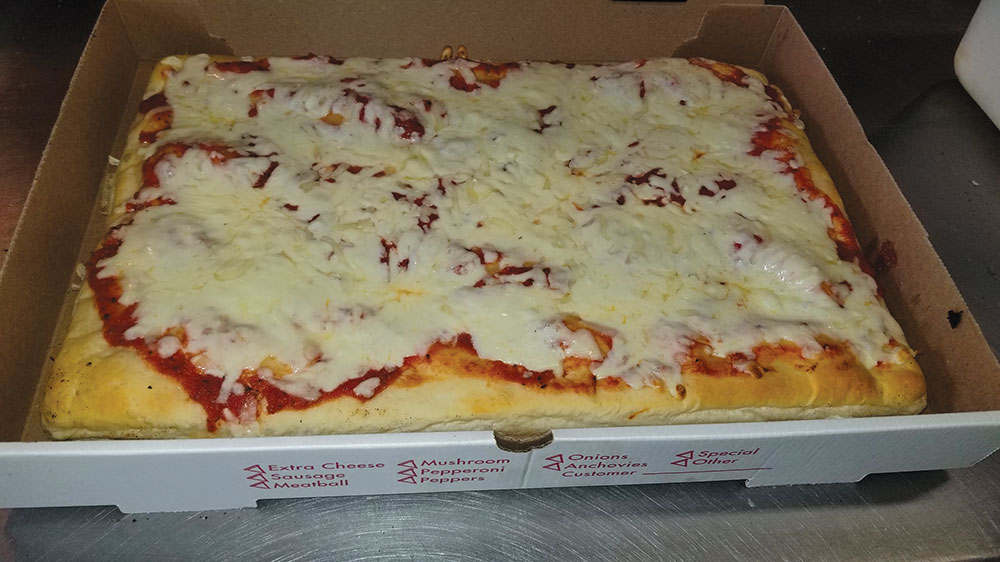 Ask anyone and you’ll get a passionate response about why a certain place should be a destination on your bucket list. There’s a certain level of comfort that comes from indulging in your favorite pizza. 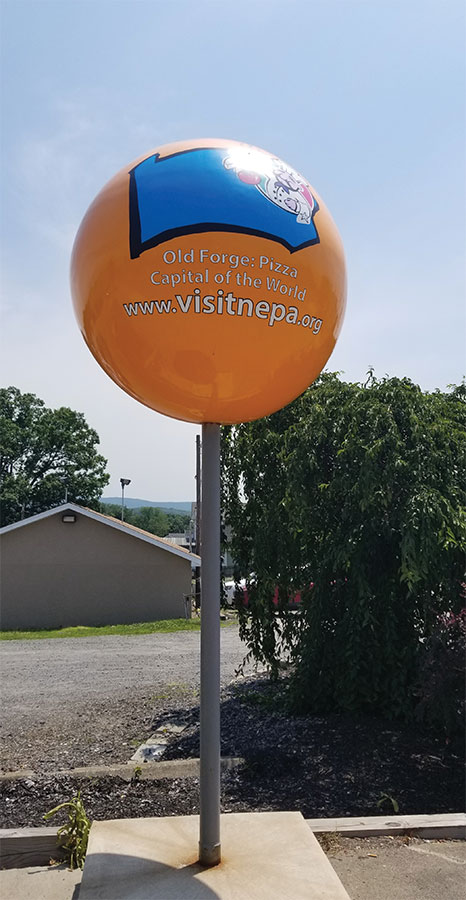 The history of Old Forge pizza goes loosely like this – in the early 20th century, there were different speakeasies around the Anthracite mining towns near Scranton, PA to service the miners when they finished their shifts. Each ethnicity has their own gathering place and in Old Forge, a version of homemade red wine was served. It is told that in one of these establishments the first lupitze, a basic staple in the Italian and Sicilian immigrant diet consisting of basic pizza dough and a few savory toppings, was given away to encourage the miners to spend more time in the watering holes. The question of who served the first Old Forge pizza is still the stuff of legends in town. The cafes then began charging by the cut so the miners could take pizza home to their families. Trays were originally packaged on a single piece of cardboard with toothpicks holding up the newspaper wrapped over it for early carry out customers.

I moved to suburbia south of Pittsburgh when I was 12 and the first time we ordered white pizza, I was shocked to see a round pizza that was crust, cheese and topped with thinly sliced tomatoes. It was all very confusing, the shape and tomatoes were not what I expected and the cheese was a mozzarella blend.

Old Forge pizza is a culture with over 10 cafes, where every owner has respect for each other. Old Forge pizza comes with its own vernacular. You can order a cut, not a slice or piece, or a tray, not a pie, of red or white. Red is crust, sauce, cheese, seasonings and is often served with thinly sliced onions, with shrimp and hot peppers being the most popular topping. White pizza comes in two styles, open faced and double crust. A tray of open face is crust, cheese and seasonings. Double crust is a layer of the cheese blend between two crusts, with the top crust coated in olive oil, seasonings and more of the thinly sliced onions. Double crust has the option to be stuffed with broccoli or spinach. One of the original white lupitze styles was crust, olive oil, seasonings and anchovies.

What makes Old Forge pizza different, and delicious, is the distinct crust and cheese. The crust, made from fresh dough daily, may look like a traditional Sicilian style, but is much lighter with origins in traditional Italian bread recipes. It’s crispy on the outside, chewy on the inside, and some original recipes include secret family ingredients like ground up anchovies. The melty cheese is a closely held secret where each cafe’ has their special blend that may include white American, brick, and other nontraditional pizza cheeses. When you bite into a cut of white pizza, first you experience the crunch of the crust, taste the savory herbs, then a rush of gooey, scrumptious cheese follows. As you chew and wonder if anything could simultaneously be so light yet so rich, you may notice the cheese is sticking to your teeth. It’s ok, the person next to you is experiencing the same thing.

Since living in the Pittsburgh area, I’ve shared the experience of Old Forge pizza with friends and coworkers by transporting trays of par-baked across the state when I return from my annual visit. Every friend I’ve shared with agrees it’s unique and lives up to the legends I’ve told. Cafes have offered FedEx and UPS services to help expatriates curb their cravings.

If you’re traveling through NEPA, make a stop in Old Forge and try it for yourself along with other Italian specialties like homemade pasta; tripe, which is cooked down lining of cow stomach and tomato sauce; and soffrito, which is pork butt, hearts and livers braised in oil and white wine seasoned with crushed red peppers, onions, garlic and other secret ingredients. Arcaro’s and Genell’s, Revello’s, Elio G’s, and Café Rinaldi all serve trays upon trays of pizza. My personal recommendations are totally biased based on family ties. If you are looking for the traditional experience, try Salerno’s Café, located at 139 Moosic Road. In addition to red and white pizza, you’ll find tripe, soffrito and homemade fusilli. A more modern twist can be found at Cusumano, 432 S. Main Street. In addition to pizza, they offer a fresh twist on classic Italian cuisine including a wild boar ragu, arancini, and seasonal options like fried zucchini flowers, often made with ingredients from local farms.
Mangia!