Home History Where is My Pinpoint? Historic Schaefferstown 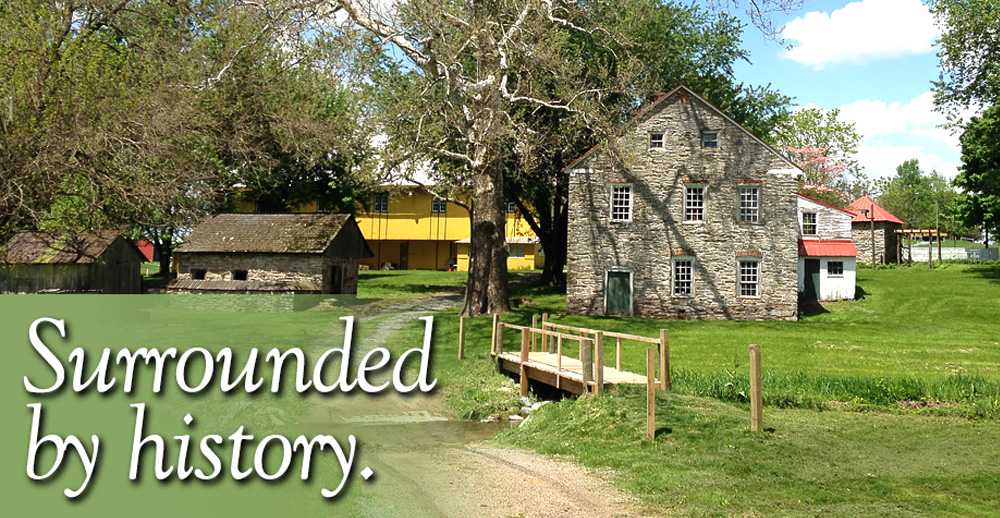 Historic Schaefferstown is a wonderful historic organization dedicated to preserving the Pennsylvania and Swiss cultures that flourished in Schaefferstown, one of the earliest settlements in Lebanon County. Alexander Schaeffer and his family arrived in the area in 1738 and within 20 years, had purchased 700 acres of land. Schaeffer kept 90 acres for his own family and divided the remaining land into lots for a town. Each lot was big enough for a house, stable or barn and a kitchen garden. He named the town Heidelberg but the locals called it Schaeffer’s town. Schaeffer also installed one of the first gravitational water systems in the country.

Historic Schaefferstown consists of three historic sites—the Alexander Schaeffer House and Farm, the Thomas R. Brendle Museum and the Gemberling Rex House. The organization provides educational programs for adults and children. Young Villagers Colonial Workshop offers children a week on the farm to learn about early American life. Adults can take Pennsylvania German classes. Festivals and special events are held at the farm and tours of the buildings are available.

The Alexander Schaeffer House is an 18th-century house located on a scenic 85-acre farm south of the village of Schaefferstown. It is listed as a National Historic Landmark. Two main living history events are held each year—the Cherry Fair in June and the Harvest Fair in September. Both fairs give people a chance to see what life was like on a Pennsylvania German farm. The Afternoon Garden Tea showcases the farm’s heirloom garden, offering a special topic each year, such as herbs or beans.

The Thomas R. Brendle Museum is named for Schaefferstown native, Thomas R. Brendle, who was a leader in preserving Pennsylvania folklore. The house was built in 1909 for the Patriotic Order of the Sons of America. The museum houses local artifacts such as a coverlet by weaver John Smith, who received a United States patent for his weaving process and the Civil War uniform of Captain William B. Iba, Company I, 173rd Pennsylvania Infantry; Company I known as the Heidelberg Guards.

The Gemberling-Rex House is an 18th Century Tavern, built in 1729 by Paul Gemberling, operated as a tavern until 1802. The tavern was purchased by the Rex family who made it a family home. It remained in this family until 1974. The house features its original bar cage, a Franklin fireplace and unique wall stenciling. Historic Schaefferstown offers a traditional tavern lunch in December.

The Schaefferstown Heritage Map provides a walking tour of the many historic homes still standing in Schaefferstown. The Abraham Rex Store, built around 1815, now houses the shop, Square Antiques. Schaeffer’s Tavern and Restaurant, now The Franklin House Tavern and Restaurant, started as a store and tavern in the 1700s and has operated almost continuously since that time. The Weigley mansion was built in 1883, by William M. Weigley, using stone from his own quarry. Weigley was a prosperous business man who started the first Sunday School in town and established the Schaefferstown Academy. The floor plan for the mansion appeared in

Although not on the Heritage trail map, The Tweed Weasel Folk Art and Primitives is house in a historic barn built in the early 1800s. This shop features the work of regional folk artist including owner, Tish Bachleda. Tish is recognized by Early American Life as a leading traditional artisan.

Visit my Pinpoint: Pennsylvania and enjoy learning about Pennsylvania German Farm life in a town that treasures its historical buildings and conserves the artifacts from its past.