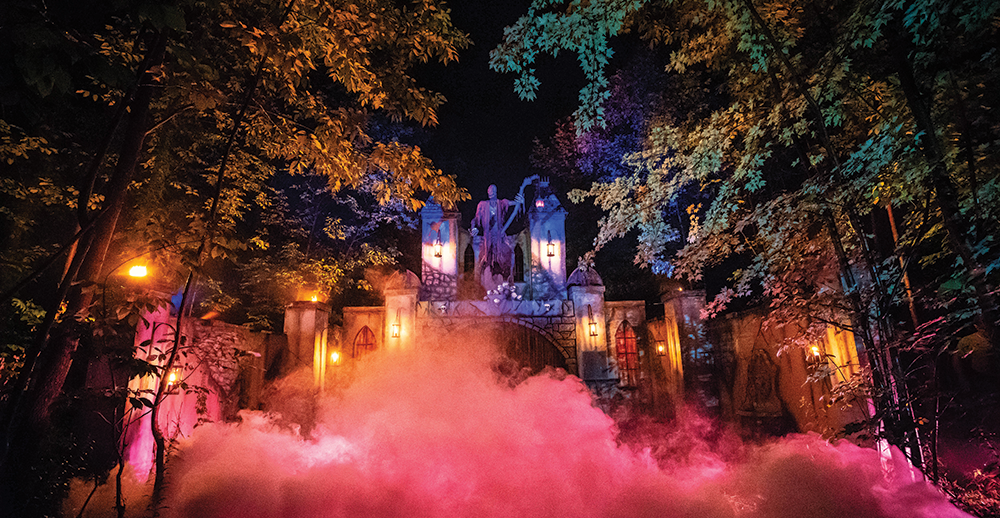 Reaper’s Revenge raises the bar of haunt entertainment with their spine-tingling, adrenaline-pumping, sinister scares. Recognized as one of America’s best haunted attractions, Reaper’s Revenge has four haunts in one, covering every category of scare well.

An eerie green light shines as a straw-packed wagon creeps into the realm of the Reaper’s Forest. Bloodthirsty zombies and soul-searching creatures torment the wagon through the Reaper’s Castle as the walls explode in flames on the way to the Pumpkin Forest. Michael Myers, the legendary slasher is there to accompany! 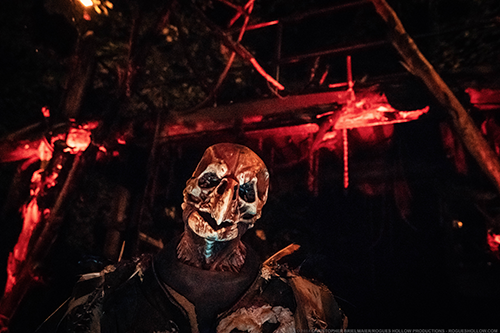 And that’s only the beginning.

After deboarding the wagon, enter the Lost Carnival – a twisted nightmare. The home of deranged and demented sideshow freaks, clowns, and other oddities, the circus freaks have made the abandoned, decrepit rides their tormenting playground. The Ferris wheel, funhouse, and merry-go-round only add to the fun at this no ordinary circus.

Walk through the blood-soaked Tunnel of Love. What lies ahead? Just know, you won’t be able to see it.

Pitch Black Incorporated, a successful light bulb factory, once employed a large amount of the population of Lackawanna County. A gruesome electrical accident stole the lives of many employees, including the wife of the owner in 1924. The indoor maze steals the sight of visitors. The sixth sense is the only way to get out. Your deepest phobias will be revealed in the sensory attack. But the outside world won’t be the same.

A moonlit post-apocalyptic wasteland awaits as demented wasteland warriors prepare for battle against their human visitors. Sector 13 is the last remaining bridge to the Western side of the United States. Chemical warfare, infestation, and medical torture are used to terrorize all. Be prepared for mutants and cannibals that cannot be contained.

There’s no break in the action at Reaper’s Revenge. You’ll come face to face with the unknown in a purely insane fashion. This terrifying treat is one you won’t want to miss!

Get in the Halloween spirit by starting the season with a stop at Reaper’s Revenge in Scranton, Pennsylvania. The haunt entertainment starts Friday, September 20th and runs through Sunday, November 3rd. Open Fridays and Saturdays from 6 pm to 1 am and Sundays from 6 pm to 11 pm through the fall season, the scare park stays open until all customers have gone through. Make sure to bring your signed waiver!

For directions, schedules, or more information, check out reapersrevenge.net

The Making of a Pennsylvania Holiday Icon