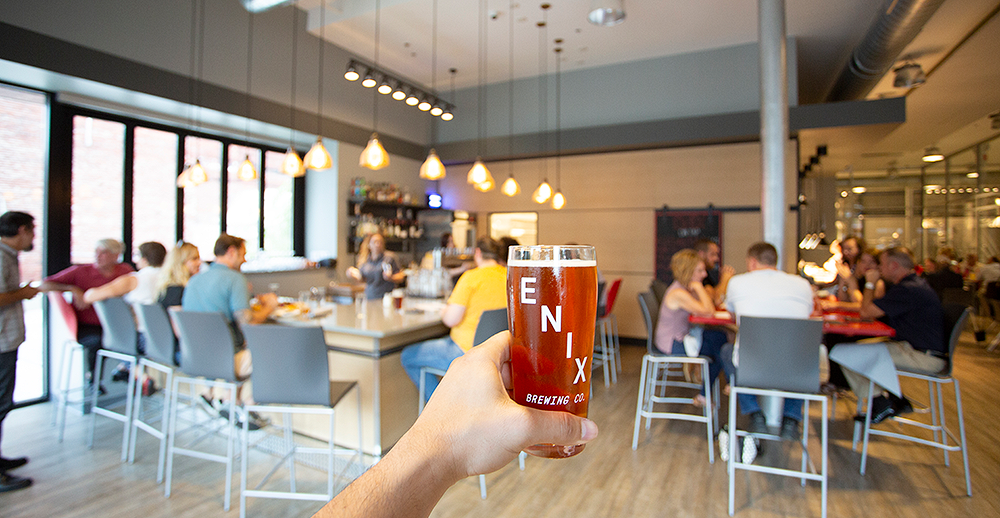 Homestead, Pennsylvania is a town steeped in hard-working, blue collar tradition. Not so very long ago, the rivers were lined with steel mills, and 8th Avenue bustled with local patrons running their daily errands. One of the most well-known shops was Levine Brothers Hardware.

Levine Brothers Hardware opened around 1935 after the building was purchased by the family. For more than ten years, the business prospered until a disastrous fire took its toll in 1947. The store was re-built in 1948 and reclaimed its previous success, as well as prominence, in the lives of the locals. Success continued through the decline of the steel mills and into the early 21st century, when Levine Brothers closed the doors for the final time in 2003.

For thirteen years, the building sat empty until it caught the eye of Anthony Rodriguez of A.M. Rodriguez Associates Incorporated. As the company had just been completing a nearby affordable housing project, One Homestead, the Levine Brothers building inspired a different type of project.

For the past several years, Anthony’s son David, a Master Brewer, had been working and brewing in Spain, bringing together beer and American style cuisine. He and his wife conceived and created two highly regarded brewpubs; Fabrica Maravillas and Mad Brewing. In 2013, The Guardian, an esteemed United Kingdom newspaper, deemed Fabrica Maravillas to be one of the top 10 brew pubs in all of Europe. 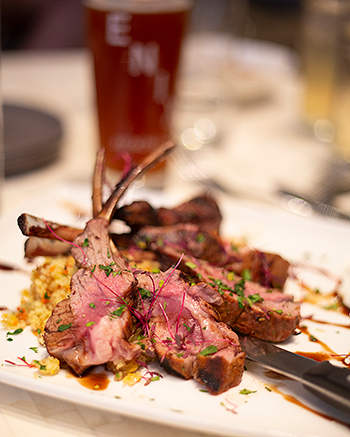 Now, David would team up with his brother Victor, and the Rodriguez brothers would now bring some new hardware to the old Levine brothers store. The hardware at Enix Brewing is quite impressive and can be seen from the dining room. Shiny vats hold their carefully crafted concoctions, while the open kitchen cooks up Spanish inspired dishes. The building, now fully restored and renovated is ready for business.

Since their opening, I have been to Enix a few times and I have sampled all their beers along with a good portion of their food. My favorite beer is the Holy Smoke Porter. A smoky, dark, and rich beverage that pairs nicely with their wood fired, meat lovers flatbread. I also enjoyed their bitter beer. It’s called Bitter Steve, and named after their manager, Steve. From what I can tell, he really isn’t bitter, and the beer isn’t either. It’s one of the best on the menu with excellent flavor of an English style bitter. If you are a fan of malty beers, this one is for you.

Their food is so tasty, that words can’t do it any justice. One bite of the Spanish Stewed Oxtail and you will be hooked. The Beer Braised Baby Back Ribs are a mouthwatering, delectable treat. I recommend going hungry and trying to leave room for dessert. And if you don’t have room, you need to take some of the Tarta De Santiago with you. This is their almond cake, that for me, made a fantastic late-night snack.

After tasting Enix beer and indulging on their food, one can envision a new tradition unfolding. A tradition of good times and good food with friends and family in a good old steel town. 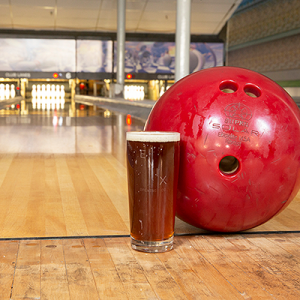 Enix has a Bowling Alley?

For leagues or the casual bowler with a beverage, Enix’s top floor features eight refurbished lanes that are ready to roll!

Check out enix.beer/bowling for hours of operation and  league information.