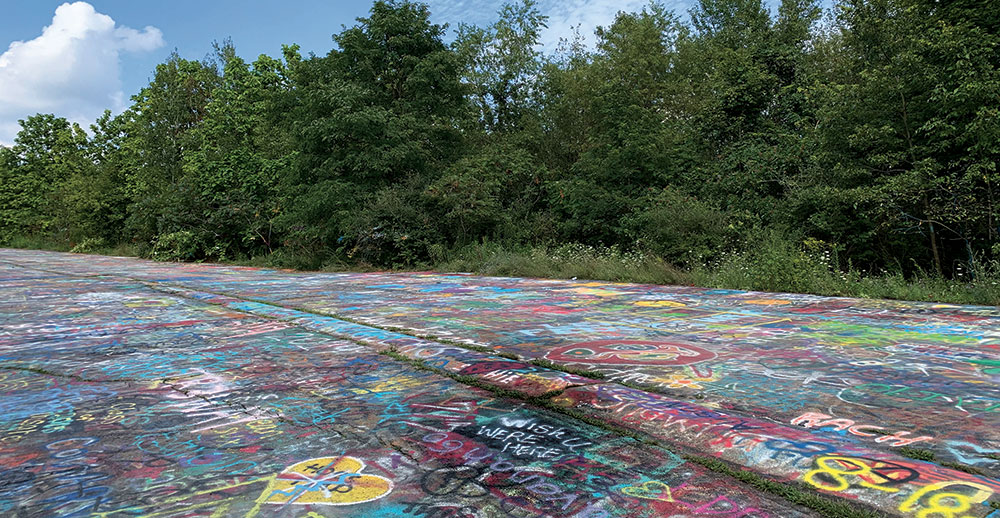 Theories abound as to the origins of the raging underground fire that would eventually lead to the town’s demise, but most people agree that the problem began in late May of 1962.

By that time, coal mining was in steep decline and residents had begun to move away. The census of 1950 recorded 1,986 residents in Centralia, which represented a decline from its maximum population of 2,761 in 1890.

At the time of the fire, bootleg mining operations were common as the corporate mining companies had closed their doors. These bootleg mine operators used a technique called “pillar-robbing”, which mined the coal from the mine shaft support pillars. This “pillar-robbing” caused some of the mines to collapse, which lead to an extremely complicated and disorganized mine layout.

The predominant theory is that on May 27th, 1962, firefighters, as they had done in the past, set fire to trash in the local dump. It is believed that this fire, never fully extinguished and entered an opening which set a coal seam ablaze.

Not until 1979, did the locals fully understand the nightmare that was occurring beneath their feet. As the mayor and local gas station owner, John Coddington, was checking the gas levels in his tanks, he noticed something odd. The temperatures of the gas seemed warmer than normal. When he tested with a thermometer, he was shocked to find that the temperature was 172-degrees Fahrenheit.

In 1981, with around 500 building structures throughout the town, and just over 1,000 residents, it became apparent that there were serious problems below. A large sink-hole opened and swallowed 12-year-old Todd Domboski. If it wasn’t for the heroic efforts of his 14-year-old cousin, Eric Wolfgang, the 4-foot-wide and 150-foot-deep hole would have claimed his life.

As levels of carbon monoxide on the surface and in buildings continued to increase, the government began to take charge. A wide-spread effort, by means of eminent domain, eventually took place and in turn nearly all the residents were moved out and almost all 500 structures were demolished.

As of 2019, only a handful of buildings remain and around 5 families call Centralia home. The government allows these families to live there for their remainder of their lives. But the property will return to the state, under eminent domain, once the last living relative passes on.

Driving into and exploring the town of Centralia leaves you with mixed feelings. It doesn’t leave you with the sense of dread or fear. It leaves you with a sadness. This sadness is led by the fact that this place was once called home to over 2,000 fellow Pennsylvanians, but now only a few remain.

For me, upon arriving, I was full of curiosity mixed with a bit of confusion and lack of understanding. In mid-summer, the vegetation had overgrown the surroundings. Full of greenery and trees at the edge of the roads, there wasn’t much mystery. It seemed pretty simple. There was a town here once and now there’s not. Some roads lead to dead ends, where people clearly had been camping, drinking, and vandalizing the area. Other roads lead to nothingness or another road. 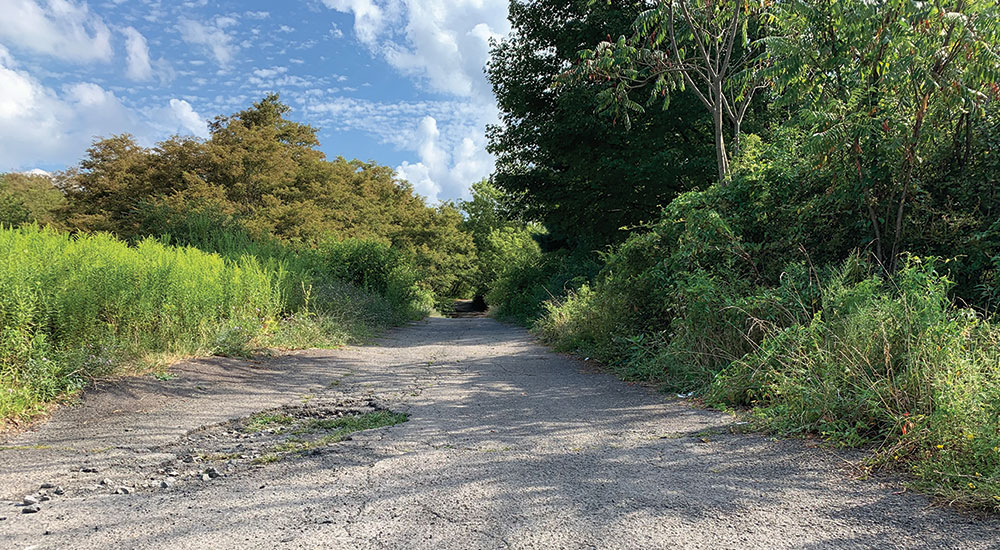 Confused, I made my way to the Graffiti Highway. This large road was once PA Route 61, leading into and through Centralia. It is one of the areas most affected by the fire that still burns underground today. The road is cracked and severely damaged in spots. Looking at it, one would think that a terrible earthquake had occurred. But here, you can see humanity everywhere. People have left their mark on every inch of this road. They have even decorated the trees with spray paint.

Perhaps it was the overwhelming energy of this space that opened my eyes to what I was missing in the rest of Centralia. As I left the Graffiti Highway, I saw Centralia with new vision. I saw Centralia as a lost land. It was a place where families had once shared dreams. Children had grown up here. They left for college or work elsewhere, never to return.

At the corner of the for Main Street and PA Route 54, a brick sidewalk, now falling apart, triggered memories of brick sidewalks from my childhood. In the same space, a stone wall can be seen through the brush and, in the distance, two shrubs stand in the middle of nothingness. Shrubs that have no rightful place here. They are landscaping shrubs. They are not naturally growing here. 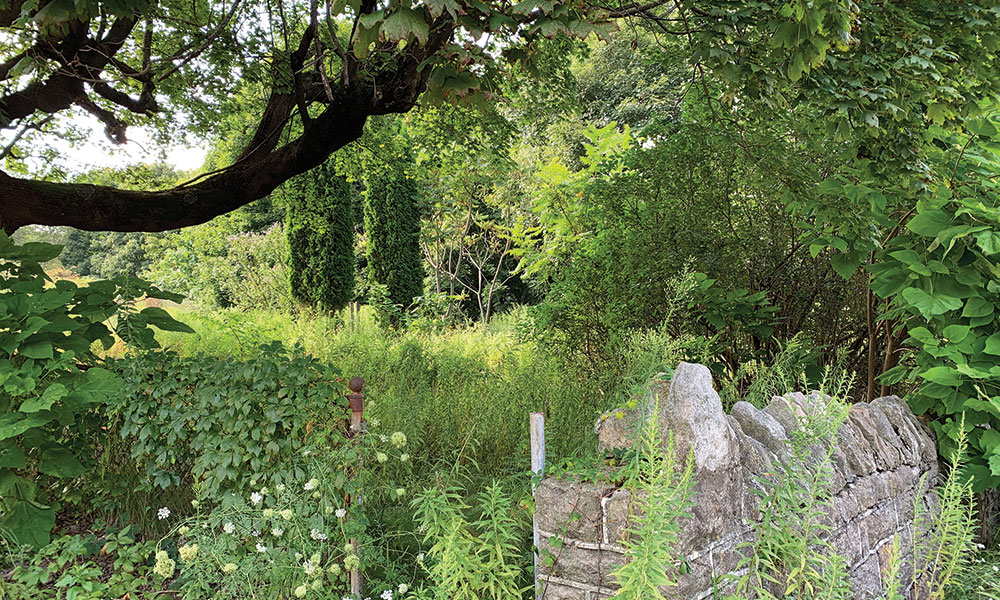 Across town, Railroad Avenue sits vacant and barren. Once a signature entrance to a housing plan, it’s now nothing more than a crumbling road and overgrown weeds. It’s easy to imagine families walking together hand in hand, neighbors walking their dogs, or children playing in the front lawn sprinklers on a hot summer day. But what was once full of life now sits abandoned.

As I left Centralia and passed their cemetery, it occurred to me that Centralia is not a boring or an overgrown ghost town. Nor is it a fantastical travesty of human error that deserves to be gawked at, but rather Centralia is a cemetery of sorts. It is a cemetery of the dreams and desires to those souls that once called it home.

If you plan to visit Centralia, keep an open mind to what lays ahead. This is not a place of terror, do not expect to be haunted by what you discover. Keep an open heart. This place was once home to many and a growing and thriving community. People still live here, even today. But every trip is different, so if you go, go again and again.