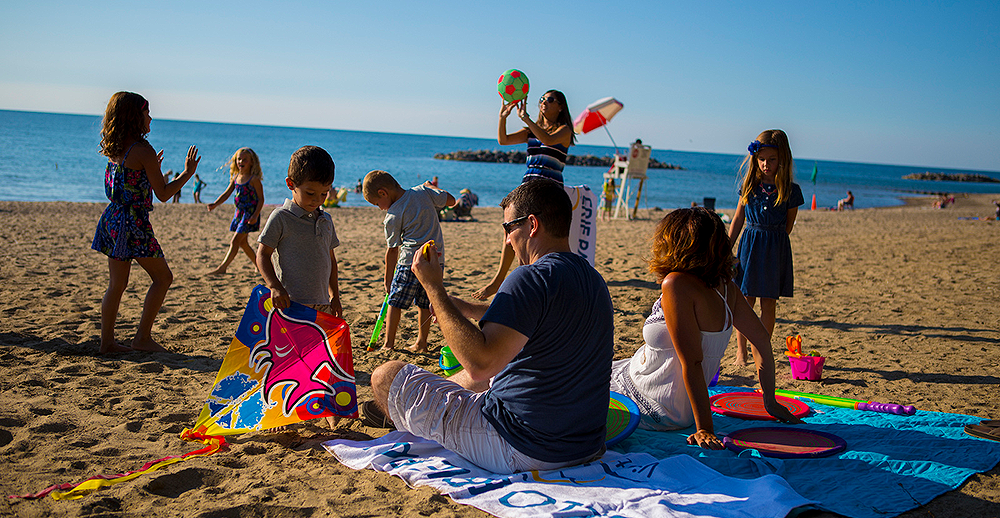 In a day and age where we seem to plan out everything, I find it extremely exhilarating and quite freeing to just go for it without having a plan in place. A few years ago, I did just that on a trip to Erie area and Presque Isle with my kids.

At the time, they were ten and eleven years old. Their generation is very dependent upon technology, so much in fact, that I find myself feeling like I need to create ways to get them to unplug. When I was their age, I can remember going out for the day and coming home covered in mud. My mother never said a word. I would jump into the bathtub and clean myself while leaving a dirty ring behind.

I personally believe we all need more days to just go out and have fun in a care free environment, so as my kids woke up one morning and made that ever existing statement, “I’m bored”, I responded by telling them to get dressed. While they got ready, I made a quick picnic lunch of sandwiches, chips, and drinks and put them in the car on ice.

I didn’t really tell them where we were going, and frankly, I wasn’t so sure myself, but we began driving north. I put on some music and while they had their Apple devices for entertainment, they quickly relaxed and fell asleep for most of the drive.

Arriving in Erie, I wasn’t sure where to go, but I wanted to get closer to the water. We followed signs that pointed us in the direction of the Bicentennial Tower. I wasn’t sure exactly what to expect, but on a fairly hot day, I was very pleased to find a long walkway that led to the tower near the water. 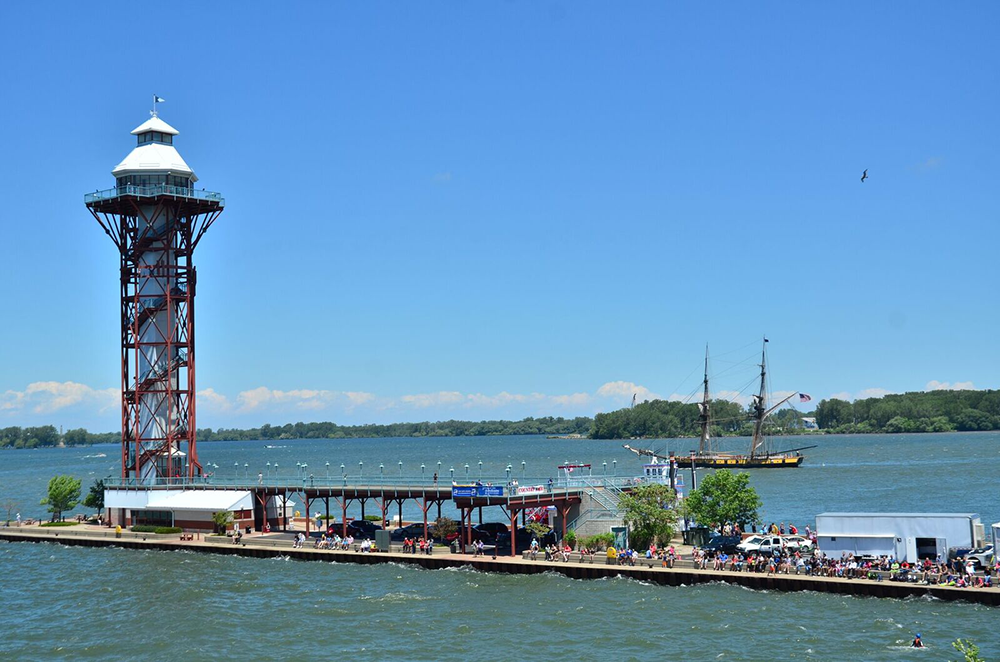 Neither of my kids wanted to ascend the tower, but they were very interested in exploring the area at the bottom. We sat on the brick walls and benches and took it all in. The cool breeze blowing off the lake was quite pleasant and seemed to be speaking to us. We did as it said and took our time and just enjoyed being together.

It wasn’t long before we all were hungry, and I was eager to show them the rest of the area. We loaded back into the car and drove onto the peninsula. We began looking for a place to eat. The park was very busy that day and I really had no idea where to go. I found a parking lot and pulled in.

We discovered a little concrete platform right on the water. There weren’t any seats, but we made our own as it was in the shade and comfortable. And we ate those sandwiches as if they were the last meal we ever had.

When we were finished the kids wanted to go to a beach area. One of the best parts of Presque Isle is the variety of locations to choose from to enjoy the area. If you want to be around a lot of people, you can be. If you want to find some private, slightly romantic spots to relax, you can find it. That day, we chose an area to be around a lot of people.

As the kids removed their shoes to walk in the sand, I immediately realized that my desire for free-form family fun had caused me to forget some essentials when going to a beach. To be honest, when we left the house, it wasn’t that warm, but as often happens in an early PA summer, the morning began cool and the afternoon was blazing hot. I didn’t think we would need bathing suits or towels, but apparently, we did.

After some short consideration, I told them if they didn’t mind driving in wet clothes, they could just go in with what they were wearing. And they did.

On the drive home, as the windows were open with the warm summer air dried their clothes, it occurred to me that this day was exactly what we needed. It was exactly what I wanted for them. It was a fun family memory of a day without technology (for the most part). And a day they could do whatever they wanted to do, including going into the lake fully clothed.

If visiting Presque Isle, you might want to plan a little more than I did, or maybe not. Also, I very much recommend making a stop at Sara’s Restaurant on Presque Isle. This popular spot is a 50’s themed diner with excellent hot dogs and various dessert options. Also, with all of the trails and bike rental spots feel free to work off that food as you enjoy the area.