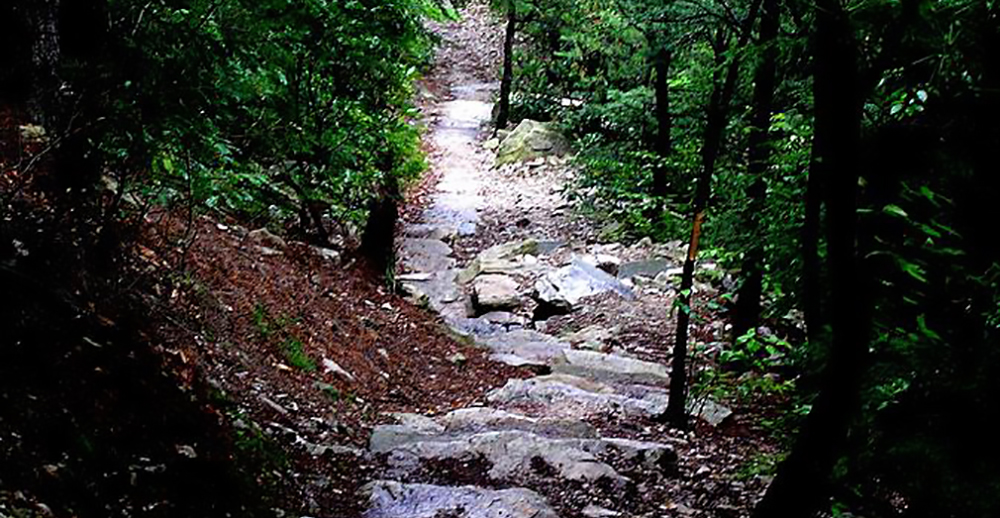 A quarry doesn’t sound like a must-see tourist attraction but, smack dab in central Pennsylvania, the Thousand Steps hiking trail is just that and, carved into its sandstone deposits, is the history of small-town America’s labor force. 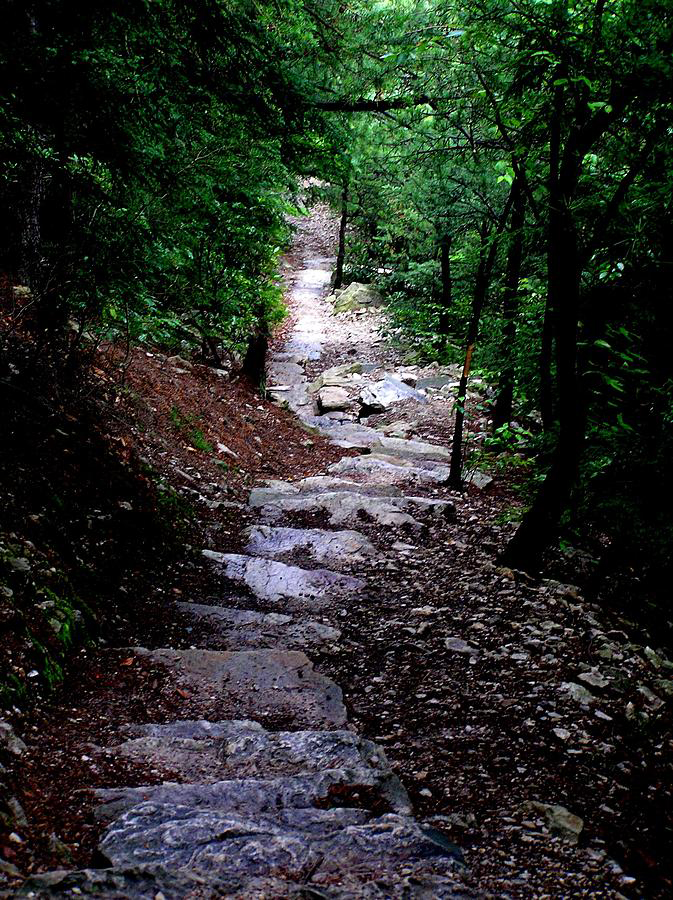 Early last fall, I found myself at the bottom of the Thousand Steps with a water bottle in hand and a worse-for-wear pair of Pumas from college tied tightly on my feet. The steps are built into Jack’s Mountain, a steep climb for even the most seasoned of hikers. The entrance to the trail is hidden and unassuming. Even though it sits along the busy William Penn Highway, the tree line envelopes you like a wardrobe into Narnia and the sound of cars whizzing by is muted. Instead, there is a cacophony of sounds from the crunching of leaves as you step, to the labored breath that accompanies you on your hike. It is truly a serene feeling to know that the only sounds you’ll hear for the next hour or so will be your own, and that of the wilderness. Although the hike itself is beautiful, the history of this trail should give you an idea of the challenge is to come.

Jack’s Mountain boasts an elevation of 2,321 feet and is one of the highest points in Pennsylvania’s contribution to the Appalachian Mountain Range. It sits nestled between Huntingdon and Mount Union PA, both of which were built on the mining communities that helped them to thrive.

When the Harbison Walker quarry was in full function, each work day began when the sun was just peaking over the treetops and the dew-laden grasses below were brushed by the boots of hundreds of quarry workers making their hike to the office. For the employees, the 2,000-foot assent to the top of Jack’s Mountain was the easiest part of their day. The job of a quarryman in 1936 was to excavate large slabs of stone and place them onto his own small railroad cart, called a dinkey. Each dinkey, once packed to the brim, was a solid 3 tons. When it was full, the quarryman would reach into his overall’s pocket and pull out a brass tag, of which he had several. Adorned only with a number, the tag was placed at the front of his cart. This number indicated who filled the dinkey and guaranteed his pay, which depended solely on the weight of stone he moved. This was his job every day for hours on end and, when the callused hands of the worker had lifted their last slab for the day, the only thing separating him from much-needed rest was the trek back down the mountain.

Needless to say, the commute was a doozy and the only way to make it easier was for the workers to convert the rugged landscape into a more recognizable man-made construction; stairs. From this, the Thousand Steps trail was born.

When I finally reached the end of my hike, I came to a complete stop and just stood there staring at my legs. The muscles in my calves had begun to shake uncontrollably and the only thing that prevented me from losing my balance was the support from a gnarled stick I managed to pick up along the way. Although I spent the next few days with Jell-O legs, I loved this trail. I plan on going again later in the spring with some friends.

For those interested in trying out this hike, I recommend a lightly packed backpack including water, a camera, and pepper spray (in the off chance you are confronted with some of the larger residents of Jack’s Mountain). There are more trails that branch off from the Thousand Steps, so feel free to explore!

Although it is famous for it’s hiking trails, the Thousand Steps has much more to offer. It is a popular spot for geologists since the mountain was split in two by the Juniata River. It also is home to fossils galore and a wide range of wildlife. Best of all, the Thousand Steps is an impressive piece of history that still stands today. From the worn-down paths to the remains of the dinkey building; each step you make on this trail mimics the steps of that quarry worker who made his living walking up and down this stretch of land almost a century ago.