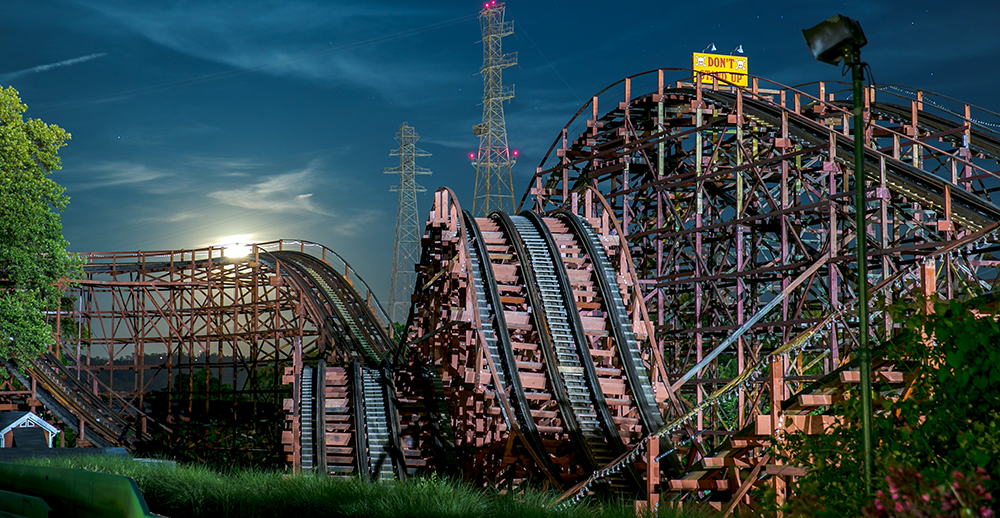 While Kennywood always evolves and continues to add new attractions to the park, there are certain aspects of the park that remain as staples. What day at Kennywood is complete without a ride on a wooden coaster or a big pile of the best hand-cut fresh french fries around? 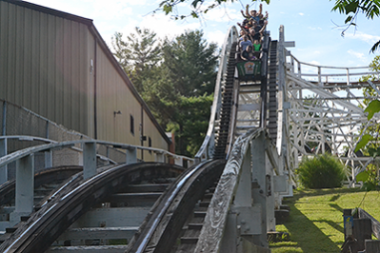 Many Kennywood enthusiasts will tell you that their first roller coaster was the Jack Rabbit. You only need to be 42 inches tall to ride this wooden thrill ride. Kennywood lore contends that the last car in the train is the best place to ride as you will get the most air on the unique double dip. For a different experience, ride this coaster at night and experience the pitch black tunnel on the coaster’s back end curve. 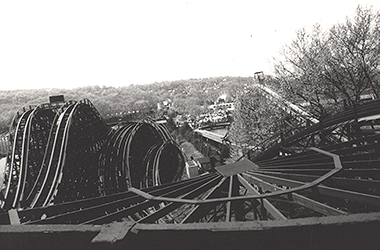 While at first glance the Racer appears to be two coasters racing side by side to the finish line, it’s actually two trains on one continuous loop track. The wooden coaster’s facade has changed a few times since it’s inaugural season in 1927, but in 1990, it was restored  to it’s original design. 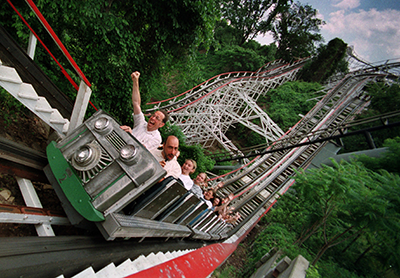 Originally built in 1924 and opened under the name The Pippin, the Thunderbolt was renamed and redesigned for the 1968 season. In 2018, Kennywood celebrates the 50th anniversary of this world renowned wooden beauty. The surprise first hill that flows with the park’s natural topography is one of the many unparalleled features of this thunderous classic.

The Golden Nugget takes half gallons of vanilla ice cream out of the carton and slices them to fit into a double cake cone. Once placed into the cone, they are dipped in chocolate and generously roll the cone in your choice of nuts or colored sprinkles. Topped with a maraschino cherry, this frozen treat is a delightful finish to any meal in the park.

From Carousel to Burgers and Fries

The location that currently houses Johnny Rockets was the site of the first Kennywood ride; a carousel. Eventually the carousel was relocated and the structure was converted to the open air Carousel Food Court. In 2014, Johnny Rockets moved in with it’s 1950’s style dining and air conditioned comfort. 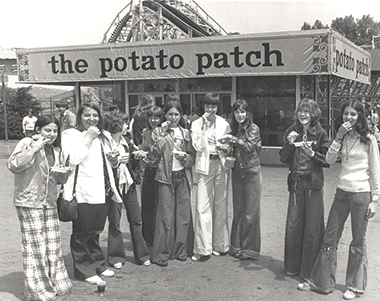 A staple of any Kennywood Park trip, the Potato Patch has been serving fries for decades. Hungry visitors can gorge themselves on these fresh pressed and fried Idaho potatoes. Top them off with a variety of seasoned salts, bacon, cheese, or brown gravy.