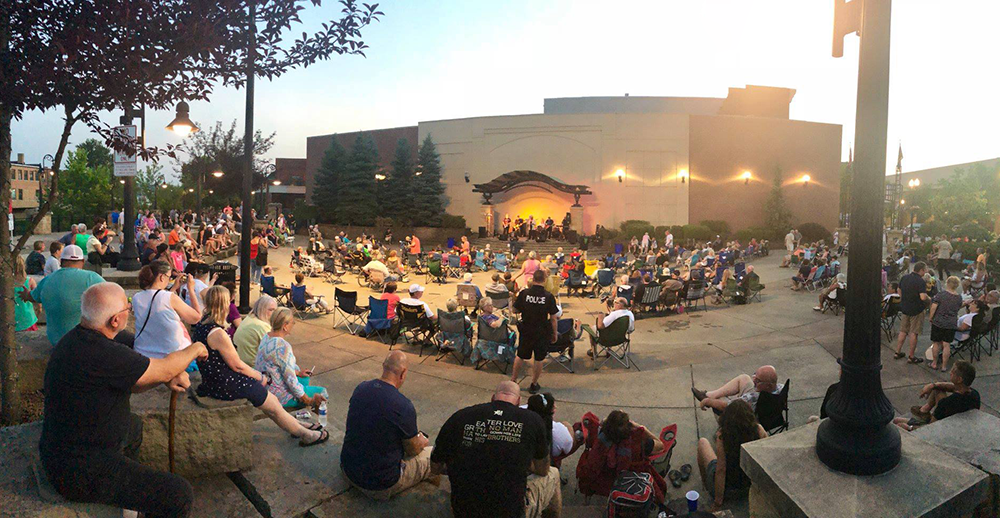 Make sure to mark your calendars to enjoy toe-tapping and seat dancin’ music from the region’s talented musicians at the annual free Summer Concert Series hosted by New Visions for Lawrence County! Select Friday nights throughout the summer, downtown New Castle will play host to this region’s talented artists and activities for all ages.

The series kicks off Friday, June 21, from 6:00 – 9:00 pm featuring music of The Dorals, a four-piece Western Pennsylvania based band, widely acclaimed for their wide variety of musical styles from the 50’s through the 90’s. Their performance will be complimented with a Classic Car Show on E. Washington Street, hosted by the Rapid Tappets Car Club. 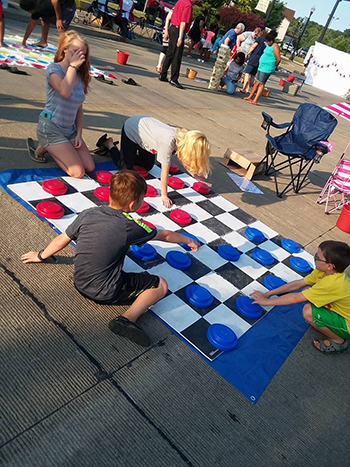 “We are starting a little later this year because our planning team was careful to select dates that largely did not conflict with other events in the community,” says Angie Urban, Executive Director of New Visions.

Continue the Fourth of July festivities on Friday, July 5, from 6:00 pm – 9:00 pm with patriotic music from the Lawrence County Community Band and a ‘Play in the Street’ mini-festival.

Support Pennsylvania’s Wounded Warriors at the annual Rockin’ the River for Wounded Warriors of PA on Friday, July 19 from 5:00 pm – 10:00pm. The concert will feature five local bands and a ‘Touch a Truck’ event in the streets.

Juvenile Characteristics, a five-piece acoustic/electric band, will be on stage August 23 at 6:00 pm to conclude the concert series along with a ‘Family Carnival’ to celebrate the end of summer will be hosted in the street!

Don’t worry, in case of inclement weather, the concerts will be moved inside The Confluence, New Castle’s own favorite coffee shop – the show must go on!

Bring a lawn chair as you enjoy New Visions for Lawrence County’s Concert Series! Please your palate with delicious dining options downtown or in the park. Take a stroll through New Castle to be a part of activities hosted by community partners like Arts and Education at the Hoyt, the New Castle Public Library, and the New Castle Community YMCA.

“In order to bring life downtown, we must bring lives downtown”, says Urban.  “The concerts help bring the City alive throughout the summer and we hope the community enjoys them.”

The 2019 Outdoor Summer Concert Series in Riverwalk Park is being coordinated by volunteers and partners of New Visions for Lawrence County.  New Visions is part of the revitalization movement of our community and seeks ways to transform downtown New Castle to become a destination location. #newcastleproud